Wyatt and I loved watching Netflix’s Voltron: Legendary Defender. Who doesn’t like a little space magic mixed with sword-carrying robots? In the midst of Voltron’s fight against an evil galactic empire, the show reveals that one of the characters is gay. This sudden character relationship fact hadn’t been hinted at for over six seasons. Suddenly Season 7 premieres and Volton’s leader, Shiro, is in a relationship with another man named Adam (shown via flashback). The show never mentions Shiro’s relationship again until the series finale, when Shiro and Adam kiss in the closing credits.

Voltron: Legendary Defender is an amazing show that disappointed me by injecting gender politics into something aimed at children.

Last year, I powered through Sayonara Wild Hearts on Apple Arcade. Sayonara Wild Hearts is a music-based action game (see video above) where your protagonist fights against past loves/relationships. The game’s finale has you kissing former flames instead of killing them. Wyatt happened to be sitting next to me as the kissing started:

Life went on, and I didn’t make too big of a deal about that scene. I had read/heard online that Sayonara Wild Heart’s story was open to interpretation but why the sudden gender moment? All my love for Wild Hearts died as I felt as if the fourth wall had been broken by gender politics once again.

The other night, I was playing Mutazione on Apple Arcade. During one of the in-game conversations, the protagonist admits to another character that she likes a fellow female classmate of hers. The two of them exchange notes to one another via their lockers. This isn’t a game ending revelation to me, but I got thinking about what the developers worldview is. Nothing sinister… but definitely foreign from my own worldview.

I told Wyatt recently that the Bible is clear on homosexuality (it’s a solid no). But that does not mean we have to treat others poorly nor use others relationship preferences as an excuse not to love them.

Hollywood and even game developers continue to increase LGBTQ representation in the media we consume. We, as Christians, need to continue to be a voice in the Internet wilderness. Proclaiming that God so loved the world that He gave his only Son, so that none shall perish but have everlasting life. 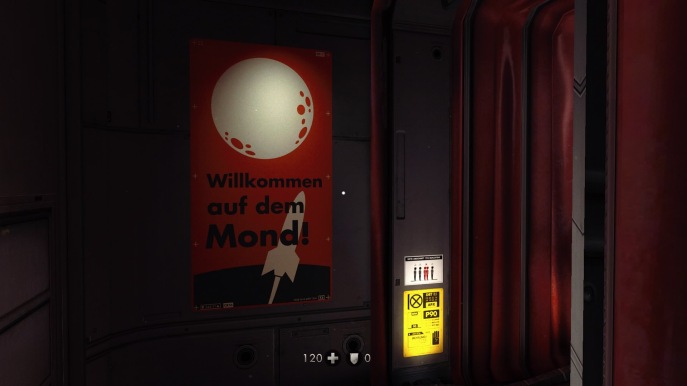 I am in no way organized when it comes to cataloging which games I own let alone those I have completed. Below is my attempt to create a list of games released within the last decade that I have finished:

Now, to pick my game of the decade.