Wyatt and I loved watching Netflix’s Voltron: Legendary Defender. Who doesn’t like a little space magic mixed with sword-carrying robots? In the midst of Voltron’s fight against an evil galactic empire, the show reveals that one of the characters is gay. This sudden character relationship fact hadn’t been hinted at for over six seasons. Suddenly Season 7 premieres and Volton’s leader, Shiro, is in a relationship with another man named Adam (shown via flashback). The show never mentions Shiro’s relationship again until the series finale, when Shiro and Adam kiss in the closing credits.

Voltron: Legendary Defender is an amazing show that disappointed me by injecting gender politics into something aimed at children.

Last year, I powered through Sayonara Wild Hearts on Apple Arcade. Sayonara Wild Hearts is a music-based action game (see video above) where your protagonist fights against past loves/relationships. The game’s finale has you kissing former flames instead of killing them. Wyatt happened to be sitting next to me as the kissing started:

Life went on, and I didn’t make too big of a deal about that scene. I had read/heard online that Sayonara Wild Heart’s story was open to interpretation but why the sudden gender moment? All my love for Wild Hearts died as I felt as if the fourth wall had been broken by gender politics once again.

The other night, I was playing Mutazione on Apple Arcade. During one of the in-game conversations, the protagonist admits to another character that she likes a fellow female classmate of hers. The two of them exchange notes to one another via their lockers. This isn’t a game ending revelation to me, but I got thinking about what the developers worldview is. Nothing sinister… but definitely foreign from my own worldview.

I told Wyatt recently that the Bible is clear on homosexuality (it’s a solid no). But that does not mean we have to treat others poorly nor use others relationship preferences as an excuse not to love them.

Hollywood and even game developers continue to increase LGBTQ representation in the media we consume. We, as Christians, need to continue to be a voice in the Internet wilderness. Proclaiming that God so loved the world that He gave his only Son, so that none shall perish but have everlasting life.

“We think we have a relationship with someone [when using social media] but what we have is a connection,” explains Larry Rosen, an expert in the psychology of technology at California State University. “Connection is part of communication, but it’s not all communication. Communication is pulling in various cues about the person you are communicating with that include things like body language, tone of voice, a roll of the eyes. Through social media, you don’t get that. You are reading what they wrote and then jotting down a few words of comment, but it’s not the richness of communication.”

You can read more here

My wife and I started reading Paul E. Miller’s A Praying Life: Connecting with God in a Distracting World tonight. I wanted to share a quote from the book:

When Jesus describes the intimacy he wants with us, he talks about joining us for dinner. “Behold, I stand at the door and knock. If anyone hears my voice and opens the door, I will come in to him and eat with him, and he with me.” (Revelation 3:20).

A praying life feels like our family mealtimes because prayer is all about relationship. It’s intimate and hints at eternity. We don’t think about communication or words but about whom we are talking with. Prayer is simply the medium through which we experience and connect with God.

I don’t think that I ever noticed the part of the verse that talks about Jesus eating with us. How cool! If you were to have dinner with him, what would you talk about? Your struggles, hopes, dreams? Miller says that prayer is supposed to be this way. Can’t wait to read more of the book. I’ll make sure to share as we progress. 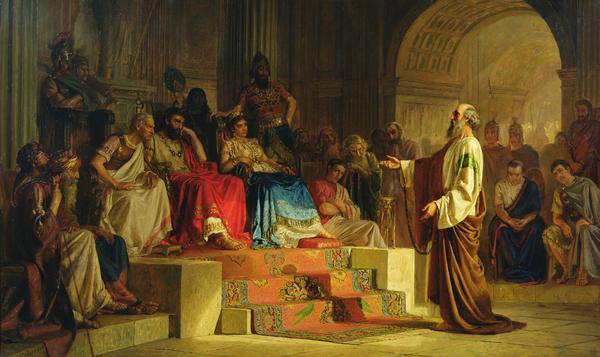 28 Then Agrippa said to Paul, “Do you think that in such a short time you can persuade me to be a Christian?”

Came across these verses and wanted to share. Like Paul’s prayer, my prayer is the same. I want everyone to come to know Christ as I know Him.

Had a crazy situation pop up at work last week. Words were spoken that should not have been; feelings were stepped upon and ripped. In the end, God helped me to realize what the core issues were–in this case, issues of personal respect and respect for my work position–. God told me to walk into work on Monday and let Him do the talking. So I did.

He did amazing things! Words of life were spoken. Relationships changed. I know 100% that it was God working through this event.

I want you to know God as I know Him. Short time or long.

This morning, as I was reading through Bill Farrel’s The 10 Best Decisions a Man Can Make, I came across a passage that talked about inviting Christ into your hobbies. The beginning of Chapter 8 asked a question:

“What do you like to do to relax or have fun?”

The book followed up by asking you to:

“Brainstorm ways to invite Jesus to be part of this activity in your life.”

Bill gave a few personal examples of him inviting Christ into his hobbies: 1)as he is out in the garage tinkering around on his car, he prays and just generally communicates with God just as he would a friend; 2)as he is out exercising, Bill listens to worship music and sermons. Both examples show how easy it is to invite Christ into our down time activities.

Now my own personal ways of winding down do not include physical exercise nor picking up the odd tool and “tinkering”. I know that I need to be more active but I prefer reading a good book or enjoying a video game. I honestly cannot remember a time where I have ever invited God to take up the second controller (figuratively). I don’t think I have ever asked God for the amazing dexterity to accomplish a specific Mario jump either. No, I just mindlessly play and let the digital world envelope me as I would a movie. What does this mean?

And whatever you do, whether in word or deed, do it all in the name of the Lord Jesus, giving thanks to God the Father through him. – Colossians 3:17 (NIV)

As a Christian, everything I do is to be done to the glory of God. I need to be keeping God at the forefront of my mind. Even as I play a video game, I need to not be mindlessly consuming but actively engaging the media. This means filtering the game through what I know is truth in scripture; this also means asking God for the endurance to take on that last boss fight. Video games can easily be all about the glory of the player, I want that glory to instead be directed at my Creator.

Imagine being in a relationship and only talking to your boyfriend/ girlfriend for 10-15 minutes a day. Do you think you’d end up being married in a years time? I don’t think so. This week, I’ve been struggling with my daily Bible reading, my alone time with God. As a result, I have felt the impact of my non-reading physically, mentally, and spiritually. I feel like I am drowning and it is only Tuesday. Tuesday! So, I have decided right this moment to come up with a game plan to actively recommit myself:

1. Being Purposeful – I need to actively schedule a time, everyday, to sit down and read God’s Word. I know that mornings are hit and miss for me. Which leaves me with 2 choices:

2. The Prayer Perspective – Prayer, communicating with God, is not a one time deal sort of thing. Prayer, in my mind, is something that should be continuously flowing throughout the day. Everyday, I need to be praying for a God perspective. That is to say that I view the world through God’s eyes. When we step out of our own perspectives and see the bigger picture, it allows us to pray about things beyond ourselves.

On my way to work, there is a sign posted in a neighborhood yard that says, “Pray for John”. Now, I have no clue who John is. John could be the elderly man I see sitting in the garage watching cars go by. Whoever John is, he needs prayer. I find myself often randomly praying for John as I drive by. Do I benefit from this? No. Does John? Yes. I need to be in prayer daily not only for myself (overcoming temptations,etc.) but for the world around me. I need a God perspective and NOT a me perspective.

That’s it! By committing to a specific time of day (and remaining flexible) and engaging in prayer through God’s eyes, I should be able to radically change my messed up week. Should be simple enough to follow right? I’ll let you know how it goes as the week progresses.