Hidden in the mists of gamer hobbyist culture, the Temple of Git Gud was known as a place of brutal honesty. If a new convert could not make the cut, they were immediately told to, “Git good and try again.”

Over and over, a new convert would be beaten into submission with those words.

Until one day one progressed further than before, only to die again. In failure, those dreaded words would be uttered once more, “Git good and try again.”

There seems to be a genre of difficult games. Games built upon dexterity and perfection; games built upon imprinting moves into muscle memory. Ori and the Blind Forest was one of those games for me. Celeste, developed by Matt Makes Games, is another game of this genre. A genre built upon not just seeing the solution to the platforming puzzle but being able to execute that solution with perfection.

The developers of Celeste try to frame death as a learning device, not a penalty. A subtle shift in thinking for games of this genre.

And yet, everytime you load up the game, there is your total player death count staring at you. (Ignore the photo below, I have far exceeded 386 deaths by now.)

I struggle over my lack of progression in Celeste. I can spend 10-15 minutes on a single screen. Where I can see the solution to the platforming puzzle but lack the dexterity to pull off the required moves.

Is challenging myself with continual punishment fun?

Is fun even a part of the equation anymore?

I press on in Celeste, pushing myself to git good but questioning why. 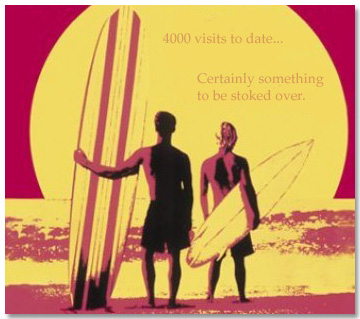 Reworked the about section for the site today. Take a look:

The setting Pacific sun, surfboards dug firmly into the sand, friends sitting close by taking it all in. Perfection. As the sun goes down, you and your friends gather around a bonfire and reminisce about the waves of the day. The cool breeze coming off the ocean mingles with the smoke creating an aroma made of memories. You tilt your head back and laugh at a joke that wouldn’t be so funny if your weren’t so tired. Oh the joys of summer.

JohnnyBGamer.com is all about creating those conversations that stretch late into the night. Whether we are talking about issues of faith, life, or gaming, we are dedicated to promoting healthy conversations and building community in the world of video games. What does this look like? Take a look below:

So, pull up a chair and make yourself at home. Though the surf pounds the sand in the distance, take comfort in knowing that your friends are sitting close by.

What do you think? Any suggestions?