Bryan and Josh talk almost daily. But they have never met. One day, they got to review Firewatch—a visually stunning game for PS4 and PC—about two people who never met, but talk daily. This is that review.

Firewatch takes place in Wyoming’s wilderness during the summer of 1989. Fire a constant threat, you’re hired to watch for anything that could harm the millions of acres of lush wild. Alone. Your only connection with any other humans comes in the form of a walkie-talkie at the top of your tower.

“So what’s wrong with you?” the person on the other line asks. Her name is Delilah.

What was your initial impression of Delilah?

Delilah won my trust pretty early on, because she simply responded to what we saw together: like the time somebody set-off fireworks and we had to deal with that together. I wouldn’t say I completely trusted her right off the bat, especially with how she assumed something was wrong with relationships in Henry’s past but wouldn’t open up about her own. But her voice is sincere. Talking to Delilah is the highlight of the game for me. She sounds and feels like a real person. So does Henry, honestly, even though we’re in his shoes.

What did you think of Delilah? 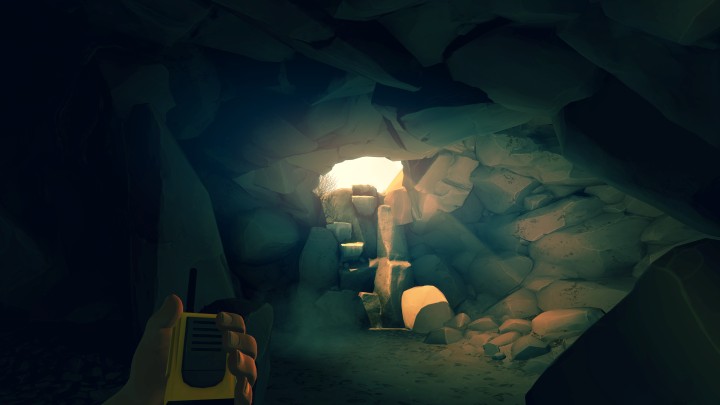 Delilah and Henry’s banter brought back memories of going camping with my Grandpa Ayers. He would tell these stories/create situations that would scare my brother and I to tears. The man had a way of planting thoughts and building upon those thoughts. Pretty soon you’d think that there was a bear just beyond the campfire. For a game to capture those times spent with my grandpa—it’s just amazing.

Speaking of, what did you think of all the hiking?

I think the game nails that feeling of being alone in the woods. A place where the imagination can run wild; a place where you and one other person shape your reality.

The hiking always felt only as long as it needed to be. Instead of backtracking, the game often ended a scene and just cut ahead a few days to something important. But once or twice I had to backtrack for a long hike. At first I was like, “Oh, man!” But then Delilah would chime in and talk my ear off. It made the long walk completely worth it because it didn’t feel lonely.

She’d just talk about how the firefighters would do controlled burns, or about the teenage girls who snuck into the forest with three cases of beer. And sometimes the conversation turned more serious, but it always felt like an honest-to-God friendship. That friendship made the long hikes feel short to me.

You know what, Bryan? It reminds me of us. Like Henry and Delilah, we’ve never met, but we talk all the time. Our conversation has gone longer than theirs—we’ve been talking for three years now, but it’s super-similar in terms of a mostly-faceless friendship. Though, there was the couple times we talked face-to-face over Skype. It’s really cool that Firewatch explores this very modern kind of friendship, despite taking place about thirty years ago.

It definitely says a lot about our day, age and the kinds of relationships we forge these days, but I’ve noticed other reviewers say Firewatch is like a book—a real page-turner. What do you think of the idea that this could be considered “literature?” 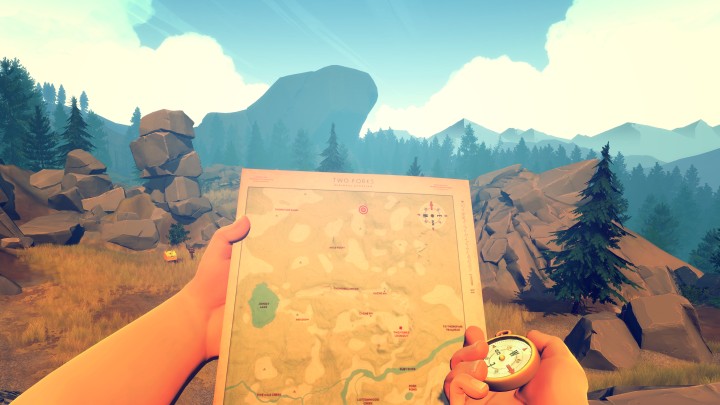 Firewatch is definitely a page-turner: a popcorn mystery/thriller that tries to answer, “How do we respond when things don’t go the way we want them to?“ The game has a similar feel to one of my favorite books, The Road by Cormac McCarthy. I read the book in two days, so concerned about the father and son trying to survive in a world where they’re alone. I couldn’t stop reading until the father and son were safe. Similarly, I found myself playing Firewatch until Henry and Delilah were safe. At least safe by an in-game checkpoint. I also liked how all the characters were real, broken. Living in the aftermath of bad choices.

Could the game be compared to literature? Maybe. But like The Road, there was no satisfying ending. I don’t know about you, Josh, but I felt like Firewatch fell apart trying to tie up it’s ending. All that intrigue, suspense, and then poof! But, I guess life is like that. It took me a few days of pondering to appreciate what Firewatch was trying to convey. Quite possibly one of the deeper games I’ve played.

Speaking of depth, and suspense, what do you think of the intro to the game?

The intro surprised me! Who starts one of the most graphically rich video games ever with all text? But here it is: just text and hyperlinks for fifteen minutes. Subtle music added a little texture, but it’s essentially just a short Twine game built to establish your character, Henry. It was low-fi, but extremely affecting for me. It got me right into Henry’s hopes, fears, and disappointments.

What did you think of this intro?

I cried. And I’m not a crier. It reminded me that life doesn’t always turn out the way we want it to. Sometimes we become overwhelmed. A change of scenery needed in order to move forward.

Random question: Did you find yourself wanting to hoard/collect the books that you found in the game?

Thanks for bringing up the books! When I found the books in the game, I really thought I was gonna have to collect books for some kind of achievement-driven task, but it never came. I love how the devs stripped-out anything but what’s important: the task at hand and the unfolding conversation between Henry and Delilah. Sure I could go off and explore wherever I wanted to, but it was only because I was genuinely curious—not because I had external achievements motivating me.

The ending will probably cause a lot of mixed feelings for some. Video games are known for epic breakthroughs at the last moment before credits roll, and Firewatch‘s conclusion seems like it could go for this grandiose Bioshock-style revelation, but then it puts something very grounded and earthy instead. You don’t save the world, or rescue the princess. There’s not even any fireworks.

It’s kind of the point: this is just a game about two people. That’s it. When I got to the final moments, I was on the edge of my seat—just because of Henry’s excitement to finally meet Delilah face-to-face.

How do you feel about Firewatch overall?

Firewatch doesn’t overstay it’s welcome. I like how the game focuses on Henry and Delilah’s story. It allows the player to soak in and explore the Wyoming wilderness while getting to know another human being.

I agree. It’s a valuable addition to the world of adult fiction. I’m not quite sure that I know what place it holds on my shelf for years to come. I can’t share it with everybody due to the unique adult conversations. Henry and Delilah talk like single adults in their forties who have a lot of problems. But the frank discussion never felt out of place. The strong words only added to the characters feeling real. I think that’s the key takeaway for me: it’s about having another adult to talk to who you can share anything with—especially the bad stuff.

4/5 – Plot holes mare what could have been a revelatory narrative experience.

Back in 2004, I had the privilege of working for The Walt Disney Travel Company. During our 5 weeks of training, I quickly became good friends with my one of my co-workers, a guy named Steve. Fast forward to 2012, Steve and I have managed to keep up through the glorious power of the Internets.

Now, a few years back, I remember him mentioning to me that he wanted to write a book. Recently, Steve told me that he was opening a Kickstarter page to help with funding for completing said book (he has finished 11 chapters so far).

I have to admit that at first I wasn’t sold on it after looking at some of the concept art on his Kickstarter page (not saying that the art is bad by any means). Just didn’t look like something I’d be into. Today, he sent me a link to an actual excerpt from the book. I have to say I am impressed! Reminds me a bit of David Gemmell. So, if you want to help out a friend of mine, I highly suggest checking out his written work here and visiting his Kickstarter page to help him reach his goal of $3,500.