Wyatt and I have yet to delve into the blocky depths of full blown Minecraft. The first-person shooter (FPS) control scheme and complex user interface (UI) are obstacles. Barriers that have kept us from moving beyond the demo. 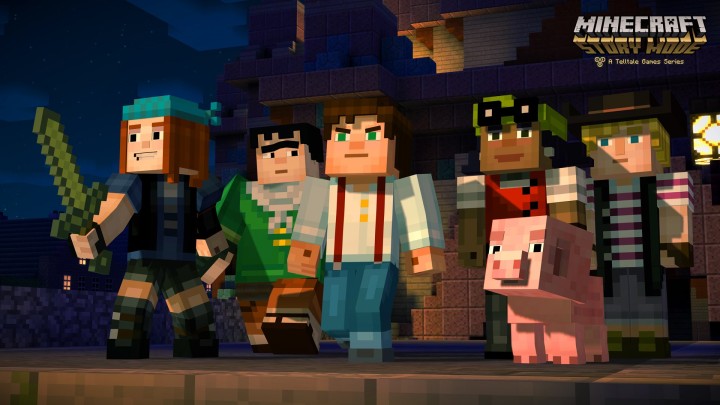 EVERYONE 10+Content is generally suitable for ages 10 and up. May contain more cartoon, fantasy or mild violence, mild language and/or minimal suggestive themes.

The ESRB site fails to illuminate exactly what I am putting in front of my son. What does “Mild Language” mean? Common childhood words such as: Jerk, Stupid, Buttface? Or are we moving into the territory of: Hell, Damn, and Ass?

Story Time: When Wyatt was still learning how to talk, he started saying the word “dammit”. Now he wasn’t around other kids at the time. My wife and I watched what we said around him. But this was his favorite word. Even after telling him not to use it, he would mutter it under his breath when angry. Kind of funny looking back. Kids repeat what they hear. Even if the parents can’t figure out where they are hearing it.

Nebulous content descriptors are a poor tool. So I decided to go to a source I could trust, I talked to my friend Josh, who had recently played the game. Josh told me that there are instances of:

My wife and I have a decision to make on this game. Do we allow it in our home? Are we ready to let our 6 year old hear things above the school playground? I’m not sure. Each family has to decide what they let into their home. Even if it is as minor as a little freaking hell.

Check out Josh’s video on the game below.