I recently celebrated my 38th birthday. This is the first year, that I can remember, not receiving anything video game-related. Instead, thanks to generous/loving family and friends, I was drowned in board games! 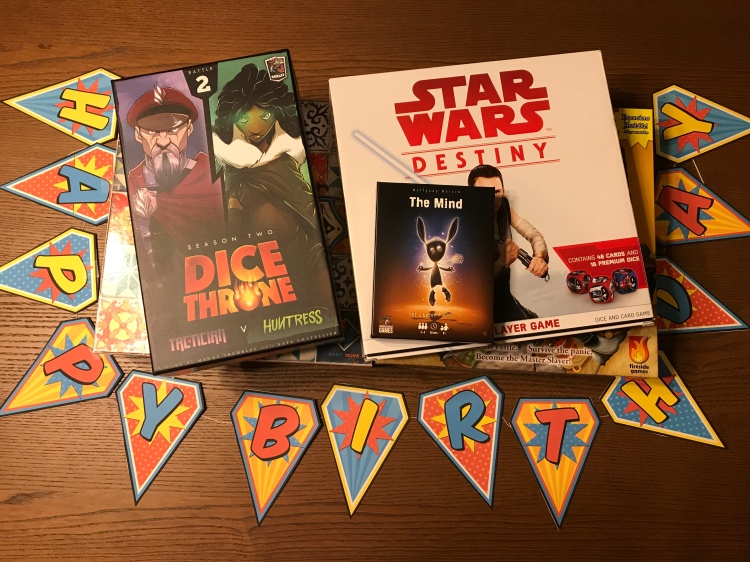 I can’t tell if this means that I am growing up… or what. 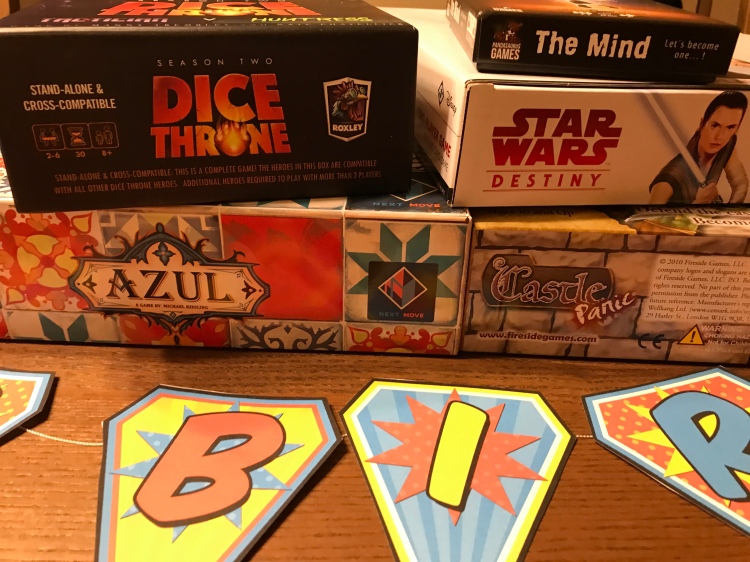 Wyatt and Tabitha gave me the card game, The Mind. Imagine playing with three to four other people. On level 1 (there are 12 levels), you are each given a single card. Without talking, signaling, or having to take ordered turns, you each have to place your cards down in sequential order. If someone plays their card out of numerical order, you lose one of your 3 lives. Once all 3 lives are gone it is game over.

Tabitha, Wyatt, and I played a few rounds of The Mind and became frustrated. The lack of communication makes the game difficult combined with a certain level of patience that is needed. Tabitha and I played the game later on that evening and had a great time. We even made it to level 8 (which equals each player having 8 cards in their hands to place down). There is something about The Mind which shouldn’t work but is almost magical when it does. I love the concept of it.

The RavingLuhn sent me a copy of Star Wars: Destiny (thanks again, Joe!). Tab and I had a time with the rules. So we watched a Youtube video. The video we ended up watching was less about how to play and more about strategy. We are planning on watching the official Fantasy Flight Games video when we get a chance to play again. I like the dice mechanics. (Saving the video below for later.)

My brother-in-law and his family brought donuts over for breakfast on my birthday. We indulged in greasy goodness, conversed, and then got in the pool. They went home after the pool and we had a quiet afternoon until Tab’s parents came over that evening. I fired up the BBQ and cooked some chicken that Tab had marinated in a balsamic dressing. I then topped the chicken with cheese, tomatoes, and some avocado (except for Tab’s dad, who dislikes the green fruit). All which equaled an amazing birthday dinner.

Getting closer to the big 4-0. Whatever that means…