For years I waited, prayed, and begged God for someone to share life with. He had a bigger plan. Just had to move the pieces into place.

My wife, Tabitha, is my best friend. I love her eyes, the way she listens, and the truth she often speaks to me when I need it.

I love you baby.

Went to a friend’s wedding yesterday. The backdrop of the reception was beautiful! Thought I’d share.

The alarm read 3am. I felt like I had awoken from a nightmare. I had just fallen asleep 4 hours earlier. Even in my groggy state, I knew that a few hours of darkness laid between me and sleep once more. 96.4 miles to be exact between South Bend, Indiana and the Chicago O’Hare Airport in Illinois. I had a 7am flight to catch and it was time to get up.

My friend Jon and I had flown into Chicago, Friday morning, for our friend Jeremy’s wedding. Jon was the best man and I was “also” the best man. Seriously, that was how the wedding program read. The last of the three amigos from LeTourneau University was about to get married.

Jon and I spent a chunk of Friday traveling, picking up/ trying on tuxes (my pants were M.C. Hammer-ish, thankfully I got this fixed) and attending the wedding rehearsal/ rehearsal dinner. The wedding rehearsal was uneventful. Well, besides the two nephews that were having fun running around. Family and friends looked on as we practiced walking, standing and trying to be quiet. The wedding coordinator, Lynn, even placed tape on the carpet so that we would know exactly where to stand–she did an amazing job!–. The rehearsal dinner afterwards was held at Tippecanoe Place in historic South Bend. I have to say that it was quite impressive! Being from Southern California, I was most impressed that the restuarant featured a place where one could check-in their coats. I’ve seen stuff like that in the movies! Guess movies don’t lie.

After dinner, we took the groom out for a night of wild debauchery. By which I mean go-karts, miniature golf, bowling and a nightcap at Steak and Shake. Good times were had and wisdom was bestowed. 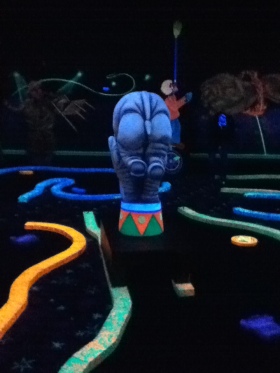 Jon and I got up Saturday morning and went out hunting for car “decorating” supplies. We weren’t too successful. Luckily, the bride’s parents were awesome enough to have bought a few choice “supplies” (Alissa, it was your parents fault!). After that, we went and picked up some re-fitted tuxes and headed to the church. 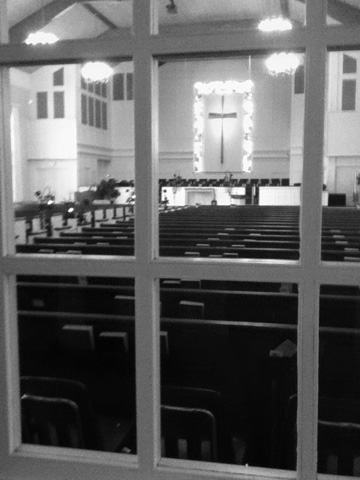 From 12pm till about 4pm, we took wedding pictures. If I learned anything from my own wedding it is that it is of utmost importance to do this beforehand. The bride and groom were very wise to do this. Kudos!

The wedding started at 4:30pm and was absolutely beautiful. I loved the hymns that were sung, the father of the groom officiating the ceremony, and the bride and groom wiping away each-other’s tears. It was a sweet time of praising God for His faithfulness and for bringing Jeremy and Alissa together.

After watching my traveling companion, Jon, get married a little over a year earlier, I felt that this was somehow the end of an era. All three of us, Jon, Jeremy, and I were now married. Each of us have found a companion to walk through life with.

The wedding reception was elegant and filled with filet mignon. I was a happy man. Speeches were given, dances were danced and I almost caught my shirt on fire. Never stand too close to a candle!

The sanctioned rain of birdseed greeted the newlyweds as they dashed for their car. Humorously, someone had forgotten to unlock the car… which gave the groom’s nephew enough time to pelt his new bride square in the back with a small bag of birdseed.

And like that, the weekend was over. It was time for Jon and I to travel in reverse.

The memories I have of my weekend in Indiana are ones that I won’t soon forget. God used this weekend to remind me that I am not alone. That I do indeed have life friends who are just scattered across the country. I am resolved not to let these friends slip away but to actively pursue them. Even if that means only meeting up once a year.

Indiana, thank you for a good time. As a somewhat wise man once said, “Good morning, good evening, and good night.”

Flying around thunderheads over Texas.

Wow, the past few days have been crazy! Took a quick trip out to California for my sister’s wedding. Had a good time hanging out with family and witnessing firsthand the behind the scenes drama a wedding provides. Good times! 🙂

Spent today resting up. Happened to watch the Microsoft E3 press conference…which was lame. The Kinect, while cool in some respects, regurgitates many of the things the Wii has been doing well for years now. Apparently no one at Microsoft HQ has been playing the system formally known as the Revolution. I suggest they pick one up pronto!

Downloaded my Welcome Home games from Sony this afternoon. Ended up grabbing InFamous and Little Big Planet. InFamous, so far, has been pretty sweet!