As I got ready this morning, I decided to read from the Book of James. A few weeks ago my pastor quoted a verse to me from it; yesterday our guest speaker mentioned it.

“Consider it pure joy, my brothers and sisters, whenever you face trials of many kinds,”

I cringe every time I hear this verse from James 1. Equating suffering with being joyful sounds odd to my ears. Who wants to be joyful while living in/through hard times? I remind myself that God is always calling us to embrace Him and let Him do the heavy lifting. Reading on, a word (bolded) stuck out to me in verse 3:

“because you know that the testing of your faith produces perseverance.”

Perseverance is a word I am quite familiar with. Growing up, I even used to listen/sing a song about it by GT and the Halo Express. When I think of of the word perseverance, I think of a quote made famous by Meet the Robinsons.

Despite my company being the verge of possibly shutting down… despite people’s attitudes/moods in the work environment as things get tough… despite not knowing where I am going to land in the future, I know that I need to have faith and persevere. James 1:4 goes on to say:

“Let perseverance finish its work so that you may be mature and complete, not lacking anything.” 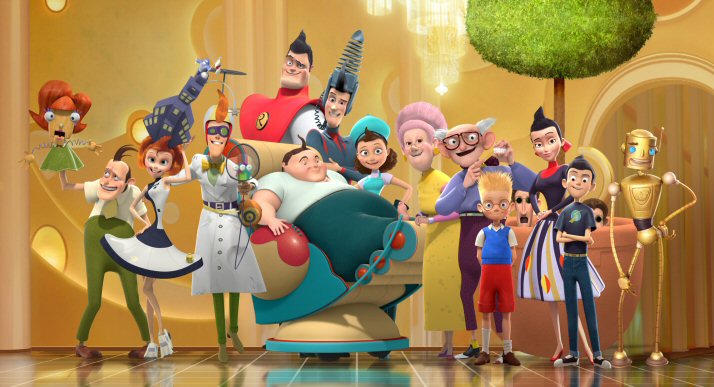 Don’t forget you are not alone.

Going through personal difficulties? Encountering obstacles? I want to encourage you to keep moving forward. However, I want to further encourage you to not do so on your own. God wants to shoulder your burdens. He will give you what you need to persevere.  Will you let Him?

“If any of you lacks wisdom, you should ask God, who gives generously to all without finding fault, and it will be given to you.” – James 1:5

“A person should set his goals as early as he can and devote all his energy and talents to getting there. With enough effort, he may achieve it. Or he may find something that is even more rewarding. But in the end, no matter what the outcome, he will know he has been alive.” – Walt Disney

Ah yes, Friday afternoons. After a busy week, things are finally winding down in the office. What better time than to take some time and compile a list! A list you say? Aren’t those a bit cliche? Why yes they are good sir or madam. However, this will be no ordinary list. For the list we are to compile today chronicles one of the top animation studios on the planet. Dreamworks Animation? No. Walt Disney Feature Animation? Nope. The studio I am hinting towards is none other than Pixar Animation Studios. This list of personal favorites could be hard…onward ho!

1. Wall-E – Showcasing what I believe to be one of the finest depictions of love in a movie (and its silent!), Wall-E is an absolute masterpiece.

2. The Incredibles – This movie has a special place in my heart as it was the first movie that I ever took my wife (then girlfriend) to. The pacing, realistic depiction of family, and overarching rant against a society that insists that everyone is special makes this movie top notch in my book.

3. Ratatouille – This Brad Bird film never lets go of the accelerator and never allows itself to fall into normal movie cliches. And I thought the movie was going to linger on the paternity issue, bah!

4. Toy Story 2 – My favorite Toy Story movie. I should note though that I do think that Jessie’s sad song is a bit over-done.

5. Toy Story – Full of great quotes. I will never forget the look of shock on Buzz’s face when he discovers that he really can’t fly.

7. Cars- “Speed.” This movie never fails to make me smile. Although, the pacing can drift a bit into the slow lane at times.

8. UP* – UP takes the award for making me cry, hard. I enjoyed its bittersweet story of an old man who learns that he still has much to contribute despite his advanced age. This movie showcases the emotional depth Pixar can infuse into its stories.

9. Finding Nemo – I find this movie long and poorly paced. Sue me.

10. Monster’s Inc. – Clever. Perhaps too clever? Multiple viewings have killed this movie for me. Be happy I even mentioned it.

11. A Bug’s Life – Perhaps I need to watch this again (its been years), but I found this film boring.

*Note: UP is certainly in the same category of Wall-E in terms of quality, storytelling, and pure emotion. However, I do not find it to be a movie that I want to watch time and time again.