This morning I started reading David Platt’s Radical. So far, I find myself agreeing with Platt in regards to the disconnect he notes between Christ’s radical calling and how we live as Christians. Good stuff. Anywho, as I have been reading, I have been keeping in mind a review I read of the book recently here. I’ll keep ya’ll updated as I progress.

For a game representing the next generation of role playing games, Final Fantasy XIII sure doesn’t deviate from the established formula. I mean sure, the Paradigm shifts are fun and the battles are quick and breezy, but where is that next-gen wow factor? One could argue that:

But what about the storyline? The heart and soul of the game. Already, in my few hours of game play, I have found myself trying to figure out what exactly is going on. I have even visited wikipedia in an effort to unravel this mystery. This isn’t a good thing. Past Final Fantasy’s have grabbed ahold of me straight from the beginning. Take for instance Cloud in Final Fantasy VII. The game opens with Cloud, on a train with the terrorist group AVALANCHE, going to blow up a Mako reactor. At the time I didn’t know what a Mako reactor was, but I sure wanted to see it blow up! Simply epic. Similarly, Final Fantasy XIII begins on a train that quickly devolves into an endless escape sequence. Questions such as:

Soul burning questions (okay, not quite) aside, these questions are just not as compelling as going to blow up a reactor. No, I’m not bashing Final Fantasy XIII. I have kept playing it to see if the story becomes any clearer/ gets better. So far, I have learned that the story involves the main characters trying to figure out how to defeat a curse by figuring out exactly what they have been cursed with. This could be interesting I guess.

The graphics and battle system have kept me going thus far. But I wonder if ultimately I am wasting my time. I will not deny that this game certainly represents a step forward for the series, but I also wonder if it could represent a step back as well.

Wow, there are so many MMO’s out there!

Another game to add to your MMO radar is Royal Quest. Scheduled to be released Spring 2012, Royal Quest looks to be a mash up for Final Fantasy and World of Warcraft. Could be an interesting combo. Below you will find some in-game footage. Enjoy!

Update: Looking back, I don’t think my criticism of this game was healthy. Read this.
Press Start:
War, one of the four Horsemen of the Apocalypse, has been accused of somehow beginning the end of the world early. Stripped of his powers as punishment, War must traverse what is left of the Kingdom of Men in order to seek out and eliminate The Destroyer.

Ideology/ Worldview:
Darksiders envelopes itself in a world of distorted Biblical allusions. No where is God mentioned, even though the entire story is loosely based on the book of Revelation. Instead of God ruling supreme in the game’s world, the four Horsemen of the Apocalypse act as some sort of cosmic referees between the forces of Heaven and Hell. Which come to think of it, this game also exhibits a mixture of Eastern mysticism with focus on balance, and yin and yang. Also present are altars which require blood offerings.
Interaction/Gameplay:
Slaughter monsters and collect their souls to feed to demons. Beyond that, lots of flashy swordplay which evokes games such as God of War or Devil May Cry.

In the End:
As a Christian, I feel personally convicted over playing this game. The flippancy with which demons are interacted with and treated (as if it were a normal thing to interact with demonic creatures) sickens me. I also dislike having to feed “souls” to demons in an effort to buy them off/ obtain information. Darksiders is a dark game – surprise! – based on a pseudo spiritual mythology. While I am willing to overlook certain aspects due to their fictional nature, I am unwilling to treat Hell and demons with such a non-serious attitude. I really wanted to like this game (graphics and gameplay are fun) but in the end find that I cannot recommend it for myself or others.

Due to Darksiders intense spiritual nature, avoid at all costs!
– Level of Impact Rating –
Medium: Casual play. Does not require large chunks of time.

Americans now sample, dabble and move on when a religious leader fails to satisfy for any reason.

– From an Op-Ed piece entitled Congregations Gone Wild, as featured in the New York Times.

Today I bring you a follow up to A Pixar Afternoon, this time written by my friend Jacob. Enjoy! 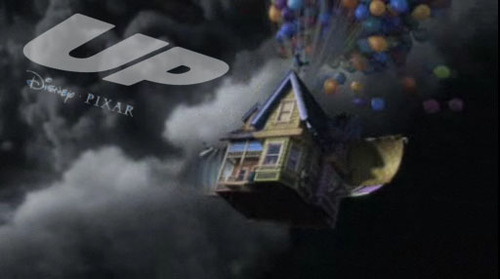 Greetings, My name is Jacob Ingalls and I’ll be telling you why Bryan is wrong about his Pixar Reviews. The following list is compiled in order of what I think the best Pixar movies are:

When historians look back at this time period in Cinema in the United States and the chapter is written on the studio that is Pixar. Up will be considered the Everest of this fantastic studio. The range and depth of up is un-parallel by almost any film in any genre. Coming out in the same summer that included Star Trek and Transformers 2, the cartoon character of an 80 year old man was the best action hero of that summer.

Intense, Philosophical, Dark, Beautiful, Imaginative and a great leap of faith, these things are what makes Pixar’s The Incredibles the second (and an extremely close second) best Pixar movie ever. The Incredibles is a bit of Ayn Rand for 12 year olds, it deals with being different, being better and the absolute mortality of fame and getting old. More so than any Pixar film, The Incredibles examines the human condition and the want to be normal in an un-normal world. “Remember you are special, just like everyone else”.

I’m not entirely sure where to begin or end with this movie, butWall-E is a masterpiece, an amazing work of art that will stand the test of time for generations. Pixar has never been a stranger to taking risks and this one was their biggest. Wall-E is almost completely silent but manages to tell one of the purest love stories ever. Even though it was wrapped in a kids film wrapper it really strikes the most chords with the 20-something generation.

A great story about a Father and his boy, Finding Nemo never ceases to make one smile and ponder what it means to be a parent or a child for that matter. In my opinion one of the funnier Pixar movies Nemo manages to incorporate a beautiful love story has a side plot while also seamlessly integrating a coming of age story alongside a letting go story. So much is packed into this 90ish minute film that it’s hard to absorb it all in one sitting.

My personal favorite Pixar movie, this movie take dead aim all that those who point fingers and blame just to feed their ego (odd that it’s also the villian’s name? I think not). Remy is one of the most accessible characters in all of Pixar, his dreams might be simple (to be a great chef) but seem so out of reach because of him being a rat. This movie is for all the dreams and all those who wanted something that seemed so out of reach.

Let’s look at this franchise as whole, From the first Toy Storythat changed movies forever, not just animated movies, but movies as a whole forever to the third that put an amazing end to the franchise. Toy Story is great for many reasons, but one of the biggest and one of the most over looked reasons is its ability to deal with death in such an amazing manner. Woody’s character in particular struggles with his own mortality throughout the films and with the “inferno” scene in 3 that mortality is brought full circle from fighting to acceptance and is one of the most powerful moments in all of Pixar.

This movie is simple and fun and extremely well written. It’s what I consider to be a second rate Pixar are movie but it’s still Pixar which means it’s better than 99% of the animated movies out there.

Another truly funny movie from Pixar, While the main characters are nowhere near human you can’t help but connect and fall in love with them. Pixar does a great job of setting up the world in this movie.

The second Pixar film was their look into the dystopian through the lens of the oppressed ants and their struggle against their overlord grasshoppers. All in all probably the worst Pixar film, it’s cute and fun and funny but borders on not being worthy of carrying the Pixar name.